The Best Windows 10 Tablets and 2-in-1 laptops in 2021 | TechBuyGuide
Skip to content
Best of
Published December 3, 2020 by techbuyguide 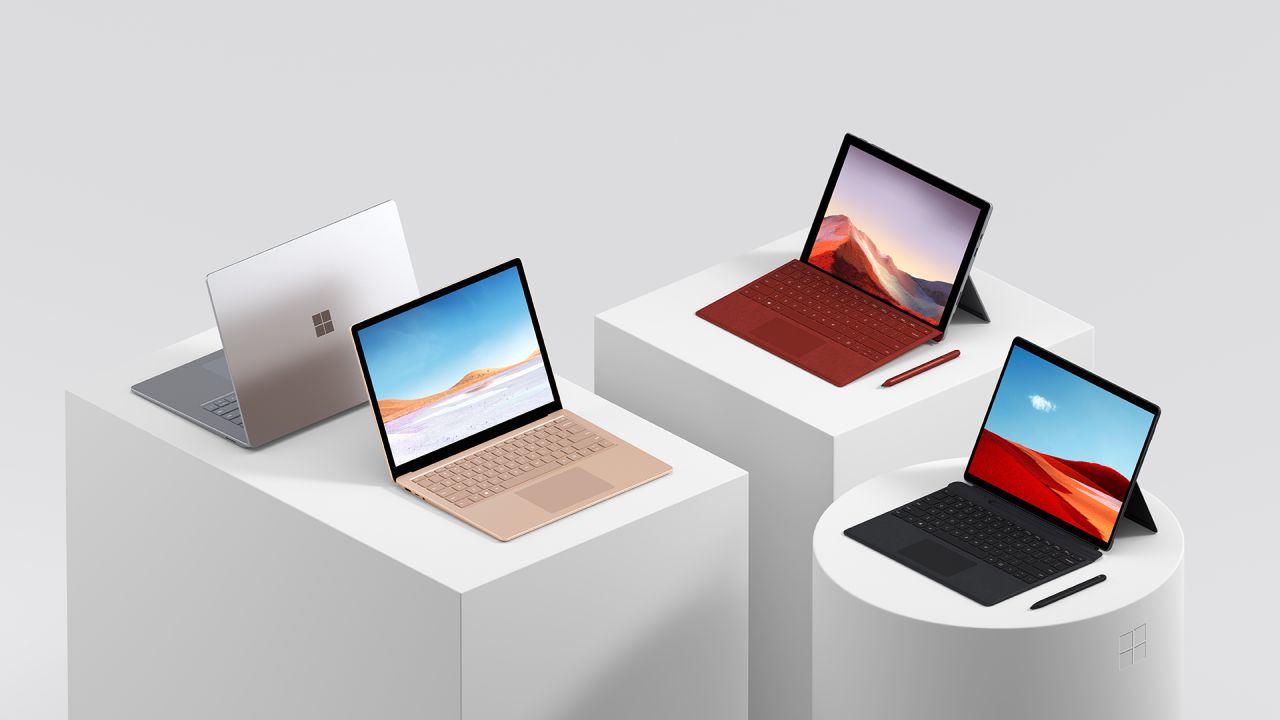 Published December 3, 2020 by techbuyguide
Techbuyguide.com is reader-supported. When you buy through links on our site, we may earn an affiliate commission.

Although tablets with Android or iOS have dominated the recent tablet’s market, we cannot forget about the best windows 10 tablets currently available as they got enough power (and courage) to easily replace your daily work or study device with a touch of fun and entertainment.

The third generation of the Surface Book from Microsoft, released in May 2020 is certainly in the top positions of the best windows 10 tablets. It impresses with its unique appearance and capabilities, which are aimed at users who require high performance, as well as the possibility to switch to tablet mode from time to time.

If you are considering buying a 2-in-1 device, but at the same time you don’t feel like giving up the performance of a classic laptop and a big screen, the new Surface Book 3 can be a great choice just for you, bringing powerful hardware, convenient unlocking with Windows Hello and long battery life.

We can see Microsoft sticking to the ‘don’t fix what ain’t broken’ rule as the design of Surface Book 3 has remained the same as the design of its predecessor for several years now. The layout of connectors and controls is identical, and the dimensions of the keyboard/touchpad have not changed in any way. The chassis made of strong yet light magnesium is equipped with a USB Type-C and 2x USB Type-A ports, SDXC card reader and a headphone jack. Microsoft Surface Book 3 also supports the smart Surface Pen which is possible to attach to its side when not used.

From practical knowledge, it is also to mention the wide opening angle of the hinge, which feels very robust, or the possibility of opening the device (with a little effort) with one hand. The Book 3’s keyboard is still one of the best on market in this class of devices with a pleasant stroke and spacing with an adjustable (and even) backlight.

Microsoft offers several different hardware configurations (with a wide price range) to pick from depending on your needs (home, school, work, etc.) while offering 13.5-inch and 15-inch options.

The battery on the new Surface Book 3 will last you (in regular use, no heaving gaming) approx. 12 hours in laptop mode and around 6 hours in tablet mode. Surface Book 3 also got a fast charging feature, charging the device from 0 – 80% in 1 hour.

The next generation of the premium Yoga convertible laptop brings more cosmetic modifications to the already sophisticated design. It is not a tablet per se, however, thanks to a 360-degree hinge, it is possible to bend the screen over and use as a tablet. The biggest changes from its predecessor have taken place inside. The C940 brings the 10th generation of Intel mobile processors with more powerful Intel Iris graphics cores, so far known from Apple or Microsoft laptops. The premium segment also includes a high-quality 4K display with a finer image and good colours.

Yoga C940 comes with a 14-inch IPS screen with a glossy finish, 8GB/16GB RAM and 512 GB Storage SSD. According to Lenovo, the battery life should last us up to 12 hours of regular use. Lenovo Yoga C940 also supports a fast charge, which, as Lenovo says, should charge the battery from 0-80% in about 1 hour.

It also supports an active stylus which is stored in a hideaway inside of the chassis where is also being charged.

The Lenovo Yoga C940-14IIL is a highly mobile, premium device, designed for senior executives, students or business travellers. In addition to the premium look, it also offers a solid performance of the latest generation of Intel mobile processor, including a newer and more powerful graphics core, giving you the option of playing even some of the current game titles, albeit in lower details. Higher configurations offer a 4K image with fine rendering and pleasant colours.

Similar to the Yoga C940, Lenovo introduced a new Yoga 9i packed with newest 11th Gen Intel Core processors, UHD Display with Dolby Vision and 360-inch hinge which converts this laptop to a tablet.

The Yoga 9i comes in 14 and 15-inch screen options, both featuring the new Intel Core i7 11th Gen, 8GB/16GB RAM and 256/512GB Storage SSD. The battery will last amazing 17 hours of local video playback on Full HD or 11 hours on Ultra HD or up to 8 hours of web browsing. accompanying with high-quality audio boosted by Dolby Atmos.

Connectivity is middling, with a proprietary power connection, two USB-C ports with Thunderbolt 3 support, a 3.5mm audio jack along the left-hand side, and a single USB-A 3.2 port along the right-hand side.

The Lenovo i9 also includes a stylus, hidden inside the chassis, same as the C940 (above).

Lenovo yoga i9 is faster than the C940, built with a newer technology and an excellent sound. The 4K display option might be the better pick here as it may add a bit more accurate colours, even though in a cost of faster battery drain.

After a long time, Microsoft decided to abandon the conventional Intel Core processors, which he replaced in the new Surface Pro X with the SQ1 chipset made by Qualcomm.

The design of the new Microsoft Surface Pro X looks more modern than the Surface Pro 7 – sharp edges are replaced with the rounded sides and magnesium was replaced by premium looking anodized aluminium. The weight has been kept below 800 grams, making the Surface Pro X the ideal work tool for anyone who travels frequently and doesn’t want to carry anything heavy with them.

The dominant feature of the Surface Pro series is the swivel/foldable stand, which is not missing this time either. At the same time, it again has ideal rigidity and allows the device to be placed in almost any position. There is also an inconspicuously hidden slot for a nanoSIM card under the stand, which mediates the 4G LTE connection. Now you will no longer be dependent on Wi-Fi/hotspots. Another surprise is the replaceable SSD (replaceable only by skilled Microsoft technician)

It wouldn’t be a Surface Pro if it didn’t also have a great backlit keyboard that can be easily unplugged and reconnected as needed. Surface Pro inseparably includes a smart pen, which this time hides directly in the keyboard where it is also being charged.

A significant change is a screen size increase to 13 inches, due to significantly narrower frames. The screen with an ideal 3: 2 aspect ratio also has a very fine resolution of 2,880 × 1,920 pixels and a beautiful top-notch image quality.

Watching movies and videos on this tablet is also a pleasant experience thanks to good speakers with Dolby Audio support. There is no 3.5mm audio jack, but you can pair the tablet with your wireless headphones.

Even though Microsoft says the battery will last us up to 13 hours, the real battery life is somewhere between 9-10 hours (which is still very satisfactory) with a fast charge feature recharging the tablet from 0 – 80% in 1 hour.

Microsoft Surface Pro X is a very compact, sleek device with 4G connectivity and good features surpassing the ailments which aren’t even that significant. This fast, light tablet with long battery life can easily replace many of the current laptops used for work or study.

The best wireless gaming headsets under £150 (most comfortable)

The Best Electric Heaters to Buy This Winter