How to avoid burn-in on your Nintendo Switch OLED display | TechBuyGuide
Skip to content
How-to guides
Published October 16, 2021 by techbuyguide 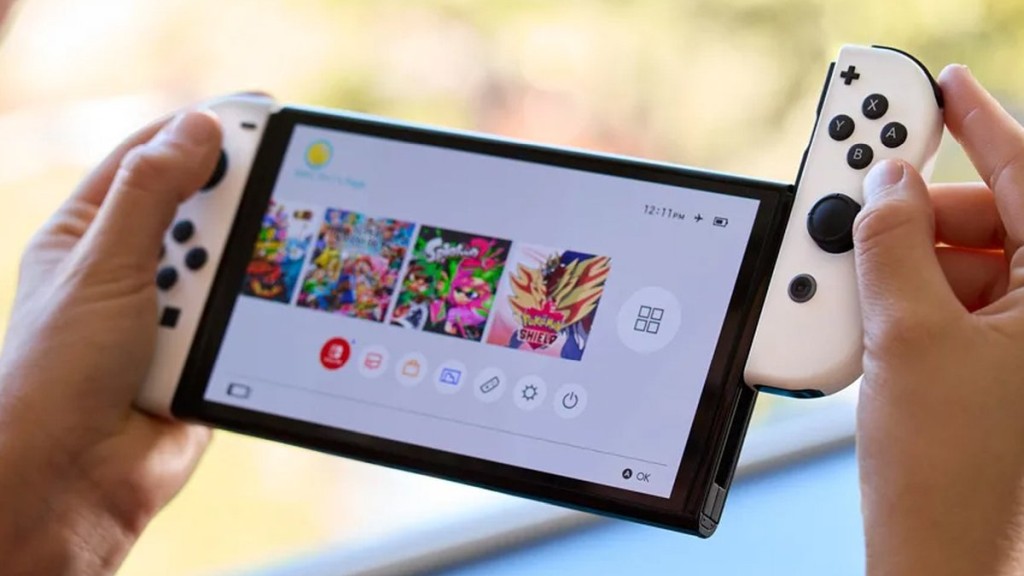 Published October 16, 2021 by techbuyguide
Techbuyguide.com is reader-supported. When you buy through links on our site, we may earn an affiliate commission.

It may not be a Switch Pro, but Nintendo’s Switch OLED Model is a lot of fun, and the handheld console still got a lot to offer. Although some new console owners are already enjoying its larger, brighter screen, some might also wonder whether the new Nintendo will suffer from one of the downsides of OLED technology: burn-in.

When OLED smartphones first became popular, it wasn’t uncommon to find used phones at second-hand shops that had a terrible display with always visible home screen icons or burnt-in status bars. The issue has also often appeared on OLED TVs when watched a channel with a thick logo for too long and too often. Many things in OLED technology have changed since then, though.

It has been reported by Bloomberg, that the new 7’ OLED panels for Switch are being supplied by Samsung Display, which is actually great news in terms of the screen’s reliability and longevity. Yes, the burn-ins are still technically possible on their displays, however, they are more resistant to it thanks to software updates to mitigate the problem from companies like Samsung or LG.

In spite of that, with so many fixed Heads-Up Displays (HUDs) in games and other onscreen icons on the Switch OLED Model, there are some things to watch out for.

Fortunately, in its own instructions, Nintendo now offers some tips for keeping the Switch’s display looking great over time.

Read also: All about the new Nintendo Switch OLED. Is it worth it?

In the Nintendo Switch documentation, the company recommends the following:

“To minimize the risk of image retention or screen burn-in occurring on the OLED screen, do not turn off the system’s default sleep mode settings and take care to not display the same image on the OLED screen for extended periods of time.”

In the same way, you may experience so-called image retention that appears similar to burn-in – the element (or its shadow) is left on the screen after it has supposed to disappear – but it doesn’t last and disappears as soon as you move on to another application on the console.

It’s a good sign that you should switch to another game for a little while if you notice it.

To ensure the console won’t be left sitting on a static screen for hours on end, Nintendo advises not to mess with the sleep mode defaults as it’s not only the HUDs in games, but there are also plenty of static elements on Switch’s home screen.

How to prevent display burn-in on Nintendo Switch OLED model

To sum it up, these are the three most important factors to keep the OLED screen on your new Nintendo Switch in good condition for a long time.

Don’t stress about the burn-ins too much

Yes, if you turn off the sleep mode, keep the console on sitting for days on the same still screen with brightness settings on max, then you may certainly experience some issues with your screen in foreseeable future.

On the other hand, as long as you are using the console in normal ways, playing different games over time, not disabling Switch’s sleep mode etc. you won’t likely see the issue for a very long time or perhaps even never.

Just take care of your console, follow the included instructions, vary the games sometimes and most importantly, have fun.

How to turn off sensitive Ad categories on YouTube

How to use snipping tool on Mac to take screenshots?