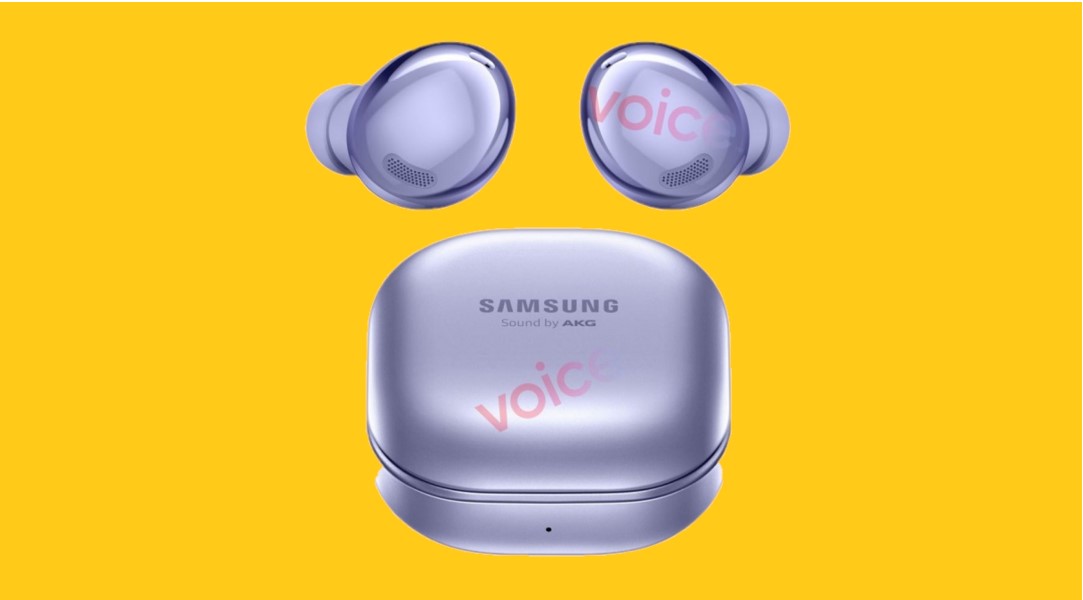 For some time now, Samsung’s Galaxy Buds have been one of the most popular true wireless earbuds on market among smartphone users. As we come to more details about the new upcoming Samsung Galaxy S21 phone almost every day, it now seems that Samsung is about to introduce the next series of its successful earbuds.

According to several sources, the new set of Galaxy Buds will be arriving in January, alongside the new Galaxy S21.

As a part of today’s update, we can finally see what the upcoming Samsung Galaxy Buds Pro headphones should look like. This has been published by the traditionally reliable Evan Blass for voice.com.

We can see the purple buds in a round, stylish style which don’t seem to be unsightly big. The image of the rechargeable case in the same colour shade has also leaked, confirming previous assumptions of being square-shaped and the also earbuds not having any fins this time, walking in the same footsteps as the Buds Live.

The new earbuds will also come with an active noise cancellation feature, making them even better buy. Alongside the ANC feature, reports claim that Samsung will also be including an improved Ambient Mode which allows you to hear ambient sounds, giving you the safety of hearing your surroundings.

It has been independetly confirmed in a certification published by Indonesia’s regulatory and by China’s 3C regulator that the new Samsung’s earbuds will carry name Galaxy Buds Pro, bearing model number SM-R190.

The certification also reveals that the new Galaxy Buds Pro will have a 472 mAh battery.

The new earbuds will be getting the same in-ear design as its predecessors with further upgrades to improve sound quality.

The new Samsung Galaxy S21 is expected to be unveiled in early January 2021 and the new earbuds will surely be unveiled on the same day. As usual, the earbuds will not be included in the S21 box but will come more as an additional accessory.

Samsung Galaxy A02 launches with a large 5000mAh battery

LG Rollable phone – All what we know (specs, price, design..)