Samsung TV Plus video streaming service becomes available for all on the web | TechBuyGuide
Skip to content
News
Published July 12, 2021July 21, 2021 by TechBuyGuide 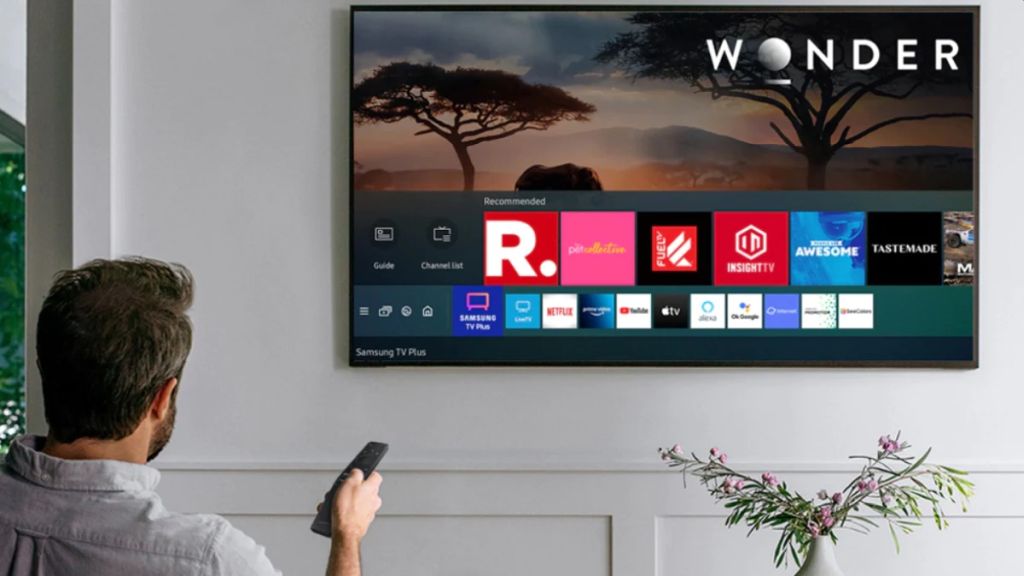 Samsung TV Plus is now available on the web for the free linear streaming service. It was formerly exclusive to smartphones, tablets, and smart TVs of Samsung.

Although the app’s release to the world wide web wasn’t really officially announced, it is a big move from Samsung to let everyone use their video streaming service now. It is unclear why Samsung has made such a move to offer its services open to the public. We may only speculate there might be an intention to bring more customers in before introducing some kind of pay-per-view model, which might even potentially affect customers who have bought a Samsung branded device.

From now on, if you live in the US, you can access the Samsung TV Plus service on samsungtvplus.com using a web browser on any device such as a computer, laptop, tablet, Samsung (included in the native interface) or non-Samsung smart TVs and smart displays. In other countries, you might still need Samsung’s app to watch.

The Samsung TV Plus interface shows current video, list of channels with multiple genres such as movies, music, news, reality, sci-fi, sports, comedy, travel, gaming, and much more. The TV Plus supports subtitles and video in up to 4K resolution.

Where can I use the Samsung TV Plus?

The TV Plus service is currently available in the United States, United Kingdom, Germany, Canada, India, and South Korea on TVs and Mobile. In France, Italy, Spain, Austria, Switzerland, Sweden, the Netherlands, Norway, Finland, Denmark Samsung TV Plus is available only on Samsung Smart TVs.

There is no need to install additional software as the service is completely accessible from a web browser (still being rolled out in some countries), however, you might use Samsung’s TV Plus app on your mobile devices as well if web browser streaming is not available yet in your country. As mentioned earlier, the service is completely free and currently monetizes on advertisements. In the US, the Samsung TV Pro currently offers 146 channels such as ABC News Live, Bloomberg TV+, Bon Appétit, Deal Or No Deal, Hallmark Movies & More, Kitchen Nightmares, Nick Pluto TV, The LEGO Channel, PBS Kids, Vevo, Vice, and others.

The fastly expanding free video streaming service begins to directly compete with other free video streaming services out there such as Pluto TV (of which channels the TV Plus also includes) or Tubi. Samsung has also added support for Chromecast a few months ago which we might see as an early prediction of the service possible moving to other smart TV platforms such as Android TV, Fire TV, Roku OS as well in the future.

Razer launches Anzu Smart Glasses. Are they worth it?