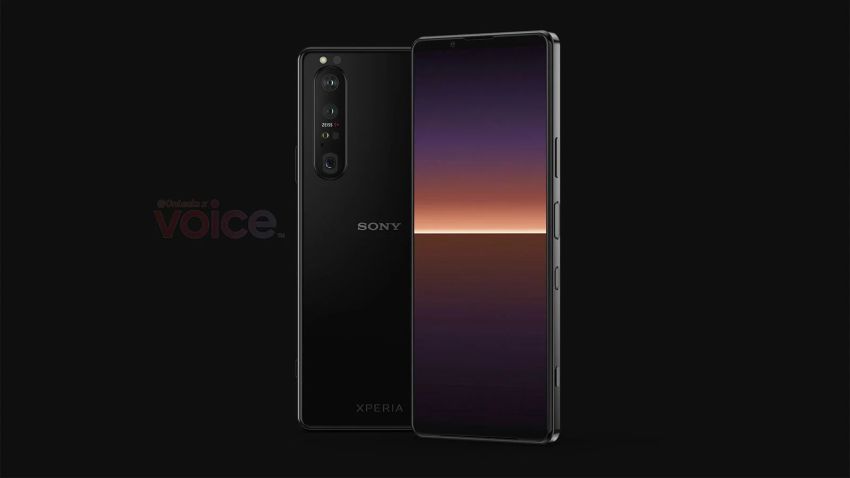 Published February 7, 2021 by techbuyguide
Techbuyguide.com is reader-supported. When you buy through links on our site, we may earn an affiliate commission.

The arrival of a new flagship made by Sony is approaching. A render and a 360° video of the Xperia 1 III design have both leaked on voice.com and we get to see see the upcoming phone from all its angles.

As we can see in the leak, there are several things worth noting.

The Xperia 1 III will continue to retain the hardware shutter of the cameras and places the two front stereo speakers above and below the display, which is a relatively unprecedented phenomenon these days, perhaps due to growth of the video streaming services. In addition, good news for audiophiles as Sony will retain its 3.5mm jack in the new Xperia 1 III, as well as it is going to keep its memory card slot this season.

It has been rumoured, that Sony is working on improving the display on the upcoming Xperia 1 III, and we look forward to some 15% higher brightness, which will many users appreciate when using their phone outdoors. It is also assumed that Sony will keep the 4K OLED panel, used in the previous generation.

As some code leaks suggest, the Xperia 1 III will also get the newest, most powerful Snapdragon 888 with a native 5G support.

See also: New Xiaomi Mi 11 got Snapdragon 888 and no charger

The flagship of the Xperia series might also please all fans of selfies as the front camera sensor is about to get upgraded with a better aperture.

When will the Sony Xperia 1 III be announced?

There hasn’t been any official or rumoured date yet, however, the last two generations of Xperia 1 were announced on 24 February of 2019 and 2020, so there is a big chance to see the official introduction on the same date this year, and might take around another five months (July) till the final product hits the market.