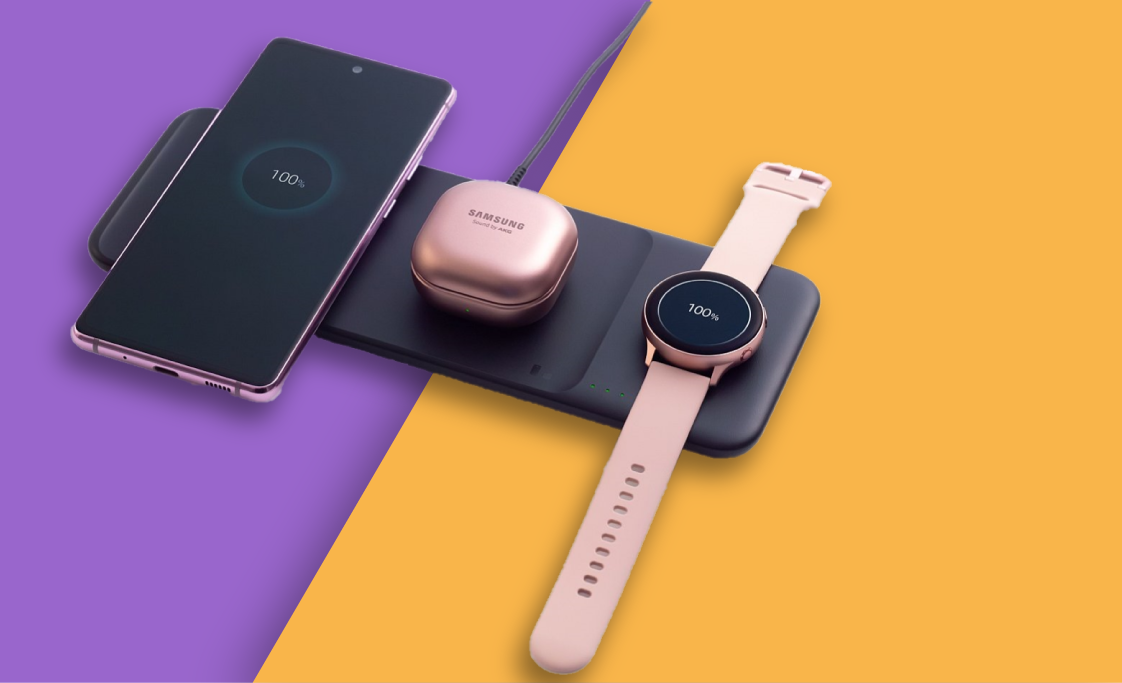 Samsung has been selling dual wireless chargers for a long time now, to which a triple wireless charger has been added in recent weeks. The charger called Wireless Charger Trio has three positions on its base with charging coils, on which you can place, for example, a phone, Galaxy Buds Live earbuds and a smartwatch.

Is it, however, worth ditching the Duo for the sake of one extra charging space?

The Trio charger got a bit different, less bulky design than its predecessor. The simple rectangle shape is slightly raised on one side with 2 LED lights signalizing us how many devices are currently being charged.

Your devices also got a preferable location on the pad, marked with tiny icons, for the most effective charging. This is most likely due to different sized power charging coils used to distribute the power among the three devices.

All supported Galaxy devices (list below) will charge wirelessly with a power of 9W, but if you place an iPhone on the charger, you can count on a maximum charging power of 7.5 Watts. Phones of other brands can only count on 5W charging.

And how does a triple charger stands against the dual Wireless Charger Duo? First of all, it sacrifices maximum charging power when charging three devices at once. The dual charger can pump 15 Watts (Fast Charge 2.0) into the phone, which the triple charger cannot, with the difference in charging from zero to one hundred being over 40 minutes.

The Wireless Charger Trio is thus slower then Duo if you charge 3 devices simultaneously, but will do just well with two.

The Samsung Wireless Charger Trio is compatible with following devices:

In the UK, you can currently get the Samsung Wireless Charger Trio for £69.99 from Amazon or at Samsung’s official store for £89.00.

Before a possible investment, it is necessary to evaluate how many devices from the whole household you will want to charge at once. If you only get a watch and a phone, or two phones, and you are not planning to have another wireless charging device in near future, it might be better to reach for the dual charger.

If you, however, own three devices, don’t mind the slower charging time (over the night or in the office, for example) or you simply adore tidiness and don’t want 3 different USB cables messily leading out of your socket, then it is the right choice for you. 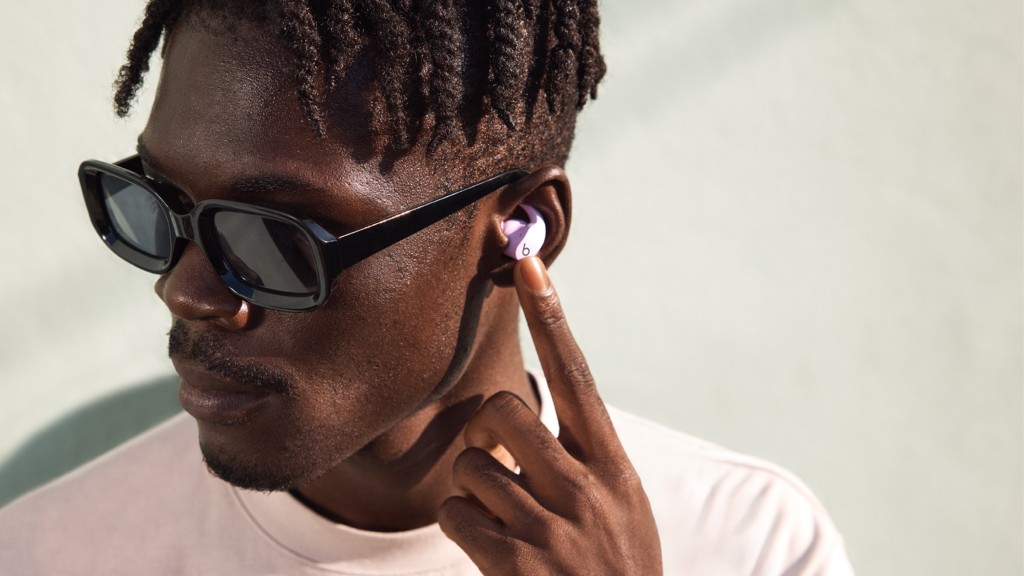 One thought on “Is Samsung Wireless Charger Trio worth buying? – Review”

Poco F3 is a powerful, good-looking phone for a good price

How to Change Spotify Playlist Cover Fast and Easy